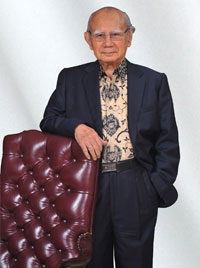 Indonesian citizen, 91 years old. Serving as Vice President Commissioner in accordance with the Resolution of Extraordinary General Meeting of Shareholders dated January 5th, 2016. He obtained his PhD degree in economics from the University of California, Berkeley, USA, in 1964. Appointed as Professor in Economics at the Faculty of Economics, University of Indonesia, in Jakarta (1975). Since 2008 to date, he has been serving an Emiritus Professor of the Faculty of Economics, University of Indonesia, who also provides lectures at the School of Environmental Sciences, University of Indonesia’s Post-graduate program. He has received various academic awards including Doctor Honoris Causa from Kebangsaan Malaysia University (1996), Hamengkubuwono IX Award from Gajah Mada University (2003), Mercu Buana University Award (2006), Doctor Honoris Causa from Bandung Institute of Technology (2009) and “Wirakarya Adhitamma” from the University of Indonesia’s Faculty of Economics and Business (June 2016). His academic activities include being a Member of Bandung Institute of Technology’s Trustee Assembly in (2001-2006), Member of the University of Indonesia’s Trustee Assembly (2007-2012) and Member of the Indonesian Science Academy (1992-present). As a government official, Emil Salim had served as Minister of State for State Apparatus Empowerment and Deputy Chairman of the Bappenas of the 1st Development Cabinet (1971–1972), Minister of Transport, Telecommunication and Tourism of the 2nd Development Cabinet (1973-1978), Minister for Development and Environment Oversight of the 3rd Development Cabinet (1978–1983), Minister for Population and Environment of the 4th Development Cabinet (1983-1988), and Minister for Population and Environment of the 5th Development Cabinet (1988-1993). In the People’s Consultative Assembly, Emil Salim was elected as Representative from Riau MPR (1977-1983): Central Sulawesi (1983-1988) and North Sulawesi (1988-1993). In the post-Soeharto era, Emil Salim was appointed as Chair of the National Economic Council (2000-2004) in accordance with the Presidential Decree, Member of the Advisory Council (2007-2009) and Chair of the Presidential Advisory Council (2010-2014). At regional level, he was appointed as a member of the Advisory Board to the President of Asian Development Bank, Manila, Philippines (2009-2016). He had received numerous awards including Bintang Mahaputra Adiprana from the Government of the Republic of Indonesia (1973), Golden Ark (Commandeu) of Netherland (1982), Zayed International Price for the Environment from United Arab Emirates (2006), Blue Planet Prize Award from the Asahi Glass Foundation, “Wyarsarnala” Principal Engineer from BPPT, the Midori Prize for Biodiversity from the AEON Environmental Foundation. His ongoing activities in the fields of science, environment and society include Board of Trustees of the Biodiversity Foundation, Jakarta and the Advisory Board Member of the Asia Pacific Forum on Environment and Development (APFED) Tokyo, Japan. His significant contribution to international forums included his service as a member of the World Commission on Environment and Development in which he prepared “Our Common Future” (1987) report and as the World Bank Eminent Person, Washington, prepared the Extractive Industries Review report titled: “Striking a Better Balance” (2003). Domicile : Indonesia Basis of Appointment : The Resolution of AGMS dated January 2016 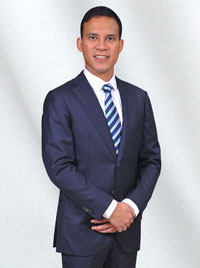 Indonesian citizen, 51 years of age. Appointed as Commisioner in accordance to the Resolution of the AGM in May 2017. Hold bachelor degree of Finance from University of Toledo, Ohio. He began his career at PT Dianlia Setyamukti, mining contractor company in 1996 as Financial Analyst. In the year 1997, he continued his career at PT Bank Universal Tbk and continued to serve at this company until the year of 2003 with the last position as Senior Manager for Corporate Marketing. From 2003 to date, he also works at PT Persada Capital Investama. PT Persada Capital is an investment holding company with business focus on mining, agro, health care and technology. Domicile : Indonesia Basis of Appointment : The Resolution of the AGM in May 2017 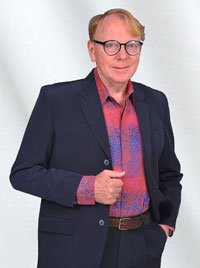 Danish citizen, 71 years old. Appointed as Commissioner in accordance with the Resolution of the AGMS dated June 20th, 2007.He previously worked at IBM as Computer Sales Executive in 1975-1980. In 1980, he established Primotex Limited, a company with subsidiaries spread across Sweden, Finland, Poland, Lithuania, China, Hongkong and Bangladesh. He obtained his Bachelor’s degree in Accounting in 1971 and MBA from Aarhus School of Business, Aarhus University, in 1972. Domicile : Denmark Basis of Appointment : The Resolution of the AGMS in June 2007